Last week I had the opportunity to interview Speed Figures expert Craig Milkowski. He is the Chief-Speed Figures at TimeformUS and collaborates with the Daily Racing Form. I want to thank him because it was an interesting conversation and a great opportunity to be able to talk to someone like him. Here you can access the version translated into Spanish.

When did you first become interested in horse racing? Did you make your own Speed Figures from the beginning?

I first went a racetrack in 1983 with a high school friend, Larry Collmus, who has went on to become the best know track announcer in North America. I didn’t start making my own speed figures until a few years later when I had joined the United States Air Force. It was a hobby for years.

In addition to horse racing in the United States, do you follow races from another country?

I do. I follow racing from Europe, Australia, and Asia, namely Japan and Hong Kong. I do not make speed figures for any racing outside of North American currently.

You are currently linked to TimeformUS and the Daily Racing Form. What is your work as Chief-Speed Figures?

It is both. Speed Figures generally are considered a rating of the final time of a race, but we add in a pace component. Pace figures measure how fast the horses were running at various points during the race. We do give a figure for the final time, but then adjust it according to the pace for an “overall” speed figure.

What factors are considered to calculate the TimeformUS Figures? The importance of the weight carried by the horse in its performance in the race is something on which there is not always consensus, what is your opinion? Do you think it influences the final time or is it a minor factor?

Here in the United States, horses don’t carry much weight at all any longer, so I think it is a minor factor. We have an option available to customers to either use weight or not, it is up to each person. I personally use the weight adjustment both when handicapping and when making figures, but it is a small adjustment.

Do Speed Figures condense enough information from a horse's performances to be used in isolation?

Even as someone that obviously believes in the value of speed figures, I would never use them in isolation. The game is much more complicated than that. How fast a horse has run in the past is obviously important, but how fast it will run today is the objective. Speed figures are a part of that, but not everything.

Do you think that the Speed / Pace Figures can be used to predict future performances of a horse or it simply indicate how the horse did at a given moment?

As noted before, it certainly helps. It is a better for measure for older, seasoned horses. For young, lightly raced horses, it is a smaller piece as those horses are often improving rapidly and often run much faster than they have in the past.

At each race, for each horse, TimeformUS provides both a Rating and a Spotlight Figure. What is the difference between them and how does each help to see how the horse will perform?

The Race Rating is a value given to each race that attempts to tell you how strong the field was overall. We also provide this number for each race before it is run, but that is what we expect it to be.

The Spotlight Figure is each horse’s best performance in the last five races that is closest to today’s conditions of surface and distance. I actually don’t know the exact algorithm used to select the Spotlight but that is the general idea.

Timeform is also of great importance in Europe. Are TimeformUS Figures comparable to Timeform Figures in the UK or Ireland, or is it difficult to extrapolate between countries due to differences?

We work hard to keep our figures on the same scale. When horses ship in from Europe, I have no problems comparing the Timeform Ratings to our Speed Figures. It works well in my opinion. It does require monitoring to make sure the relationship stays steady.

What advice would you give to a horse racing fan who wants to calculate their own Speed Figures?

I would advise them to find figures they like that are already being produced and use those. It is a time-consuming effort that is probably best spent watching races and replays and seeing how figures are earned. I do think those using Speed Figures should understand them and there are plenty of books out there to do just that. I’d recommend books by Andy Beyer from the United States and Nick Mordin from the United Kingdom as great places to start.

Will Speed / Pace Figures and the widespread use of computer techniques end up replacing the "subjective handicapper", who bases his forecasts on experience, without needing to understand calculations or figures?

The use of computers and software has certainly made horse racing a tougher game to beat via betting, but not impossible. I use computers quite a bit in creating speed figures, but some human judgement is still required. I think the same can be said for handicapping races and finding horses that offer value. Computers are only as good as the people programming them.

I'd like to end by asking you about the Kentucky Derby. Having achieved a Timeform US Figure of 124 on February 5, Nadal is the top in the ranking so far this year. Is he the opponent to beat in the Kentucky Derby or do you see any other horse with more chances?

I guess he is the leader at this point, but it is a good crop so far and others are close. The race is still almost four months away and a lot can happen with horses in that time. I’d say his stablemates Authentic and Charlatan and Tiz the Law are right there with him in terms of ability. 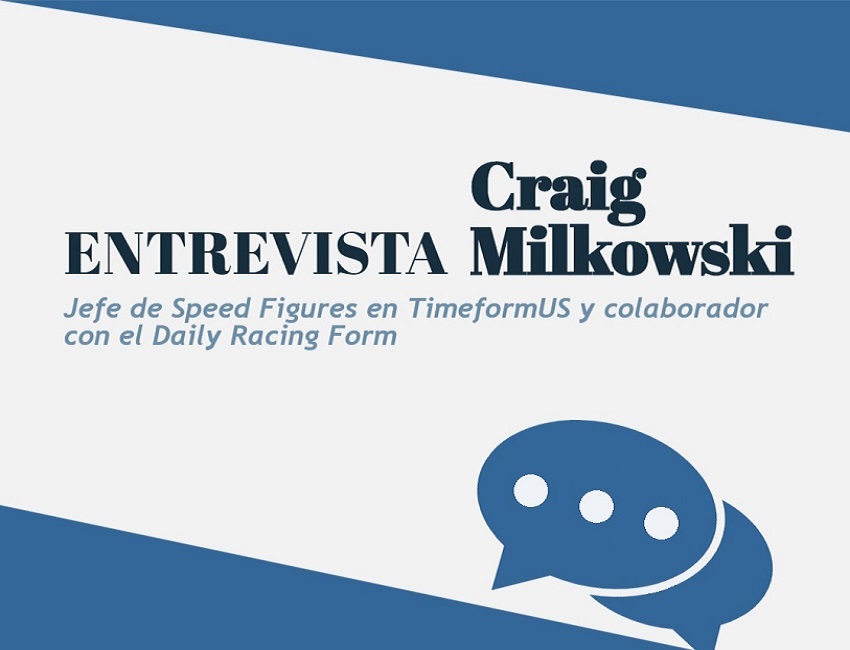 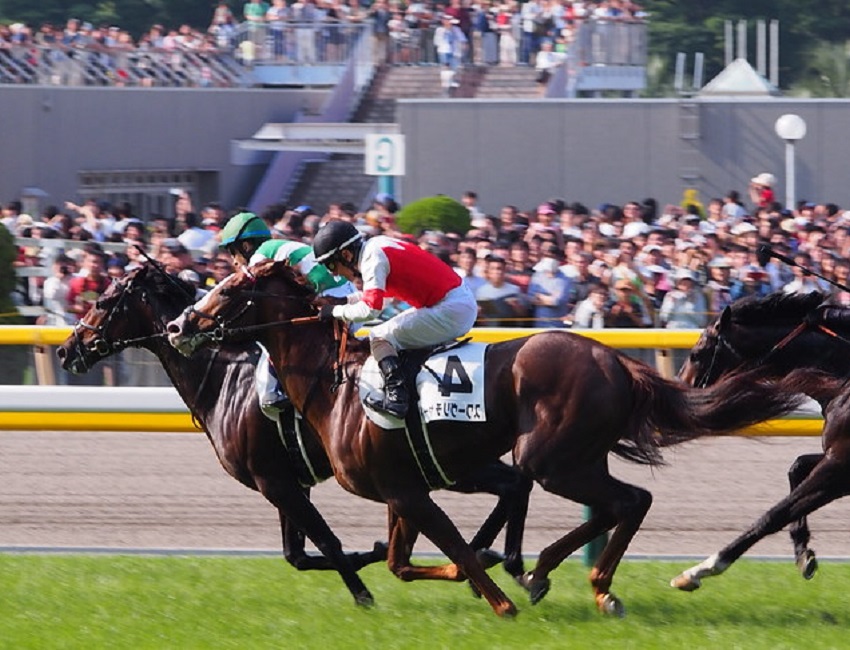 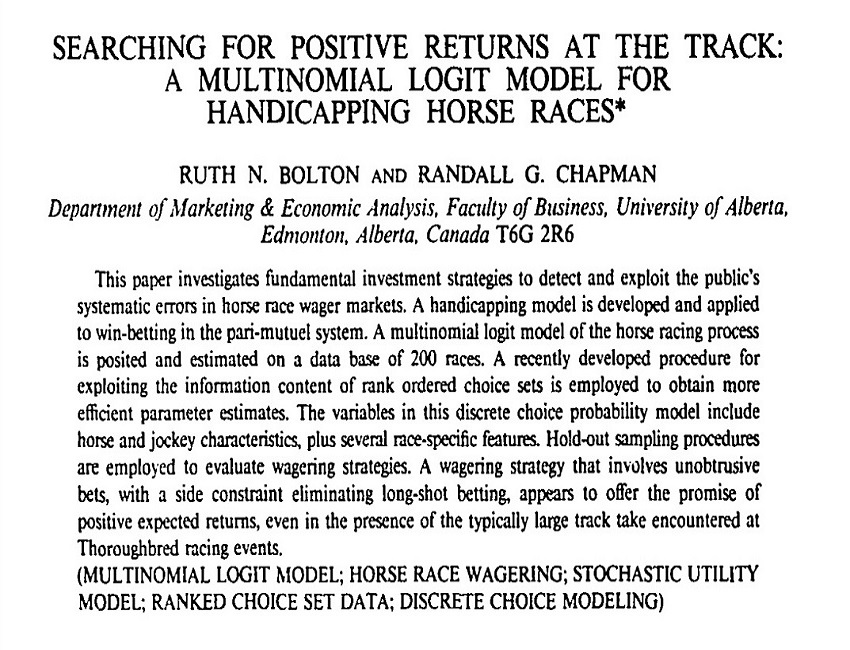 Searching for Positive Returns at the Track. A Multinomial Logit Model for Handicapping Horse Races